The continuous GCM mixer is suitable for mixing a wide range of powders, flakes and granulates and viscous products, also in combination with spraying of liquids. The GCM family covers a wide range of capacities (1 – 100,000 kg/h) and is used in the plastics, chemical, pharma and construction chemical industries amongst others.  For the food industries, special models have been developed which enable short cleaning times. The continuous gravimetric supply of the starting materials into the GCM mixers is realised using loss in weight feeders, another Gericke field of expertise.

You want to know more about our products and services? 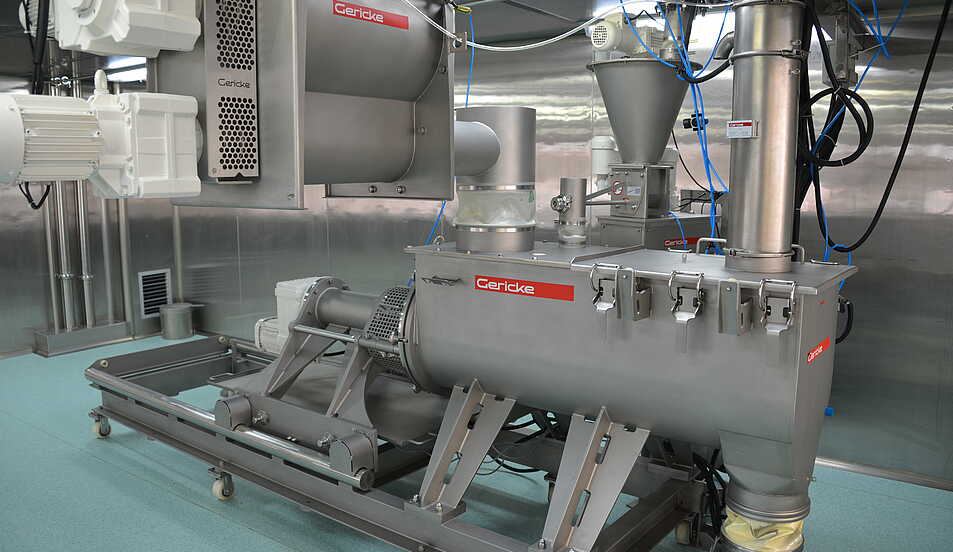 Typical set up of a continuous mixing line 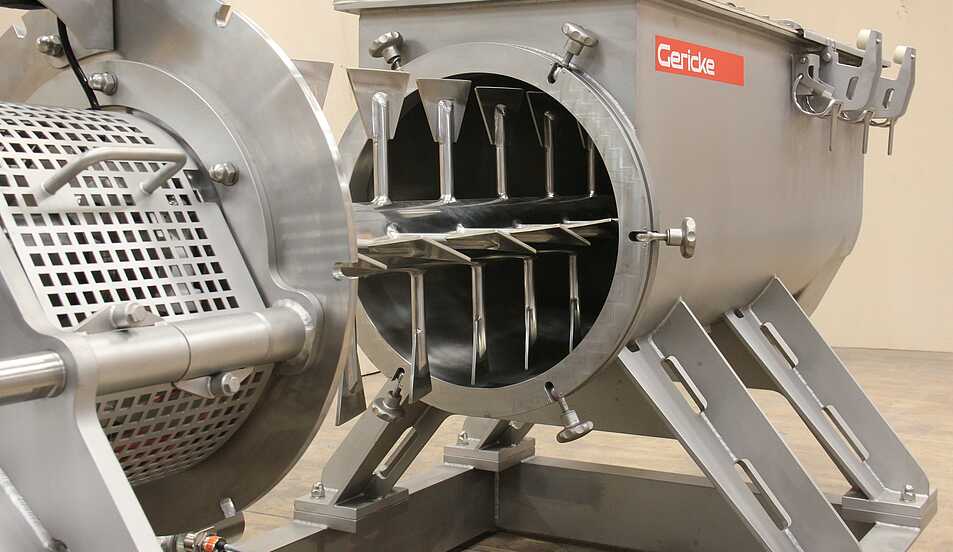 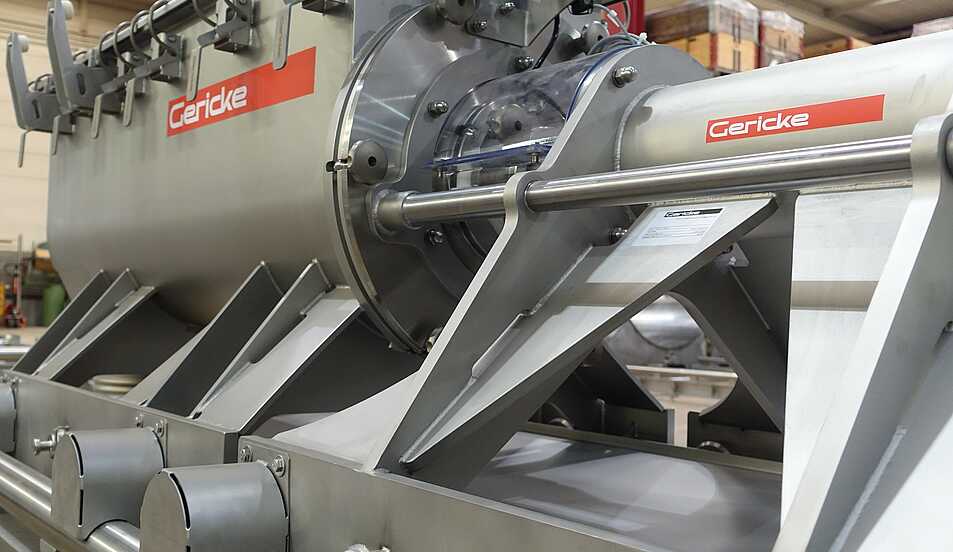 Continuous mixing processes are a powerful alternative to traditional batch processes. They combine mixing efficiency and high throughput with low space requirements. The continuous process consists of automatic gravimetric feeding of the starting ingredients which are precisely and continuously metered into the compact continuous GCM mixer. Capacities range from pharmaceutical applications (oral solid dosage: 1 – 1000 kg/h), through chemical and food applications (several 100 kg/h to 20 000 kg/h), right up to large capacity mixing of plastics upstream of extrusion (100 t/h).

Integration of liquids for plastic, chocolate and cereal bars

The GCM is not only used for the mixing of powders and granules, but is also excellently suited for the integration of liquids into a solid stream, e.g. adsorption of liquids to silica. The mixing family consists of U-shaped or tubular mixing chambers. Jacketed executions are used for plastic and chocolate/cereal bar applications. Special executions have been developed for some advanced requirements of the nutritional industry. The mixing paddles can be slid out of the mixing chamber to give optimal access for cleaning.

The fundamentals of continuous mixing, covering both the aspects of required feed precision and the mixer design, have been investigated with some of the world’s leading technical universities, e.g. ETH Zurich, Technical University of Munich, Ecole de Mines d’Albi, Rutgers University.

Solids-solids blending
Product properties such as very fine, wide particle size distribution or variable specific density can be handled. With the optimum ratio of mixing volume to throughput the mixing process is gentle, fast and respects the different properties of the bulk material.

Mixing of solids with liquids
Liquids are sprayed onto bulk as chemical additives (absorption aromes, binding agents). The prime concern is preventing the formation of agglomerates, absorption or liquid binding with the product. Mixer size, number and location of spray nozzles and residence time are fully customizable.

The infeed ingredients are continuously weighed by GERICKE feeding systems and added into the mixing chamber in accordance with the recipe. GCM continuous mixers offer the optimum combination of radial and axial mixing (dispersion). 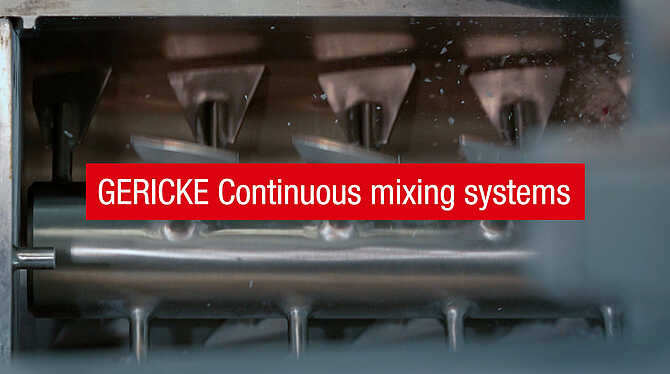